The Travelling Business Mum and Son – What do Kayaks and Kindness have in common? 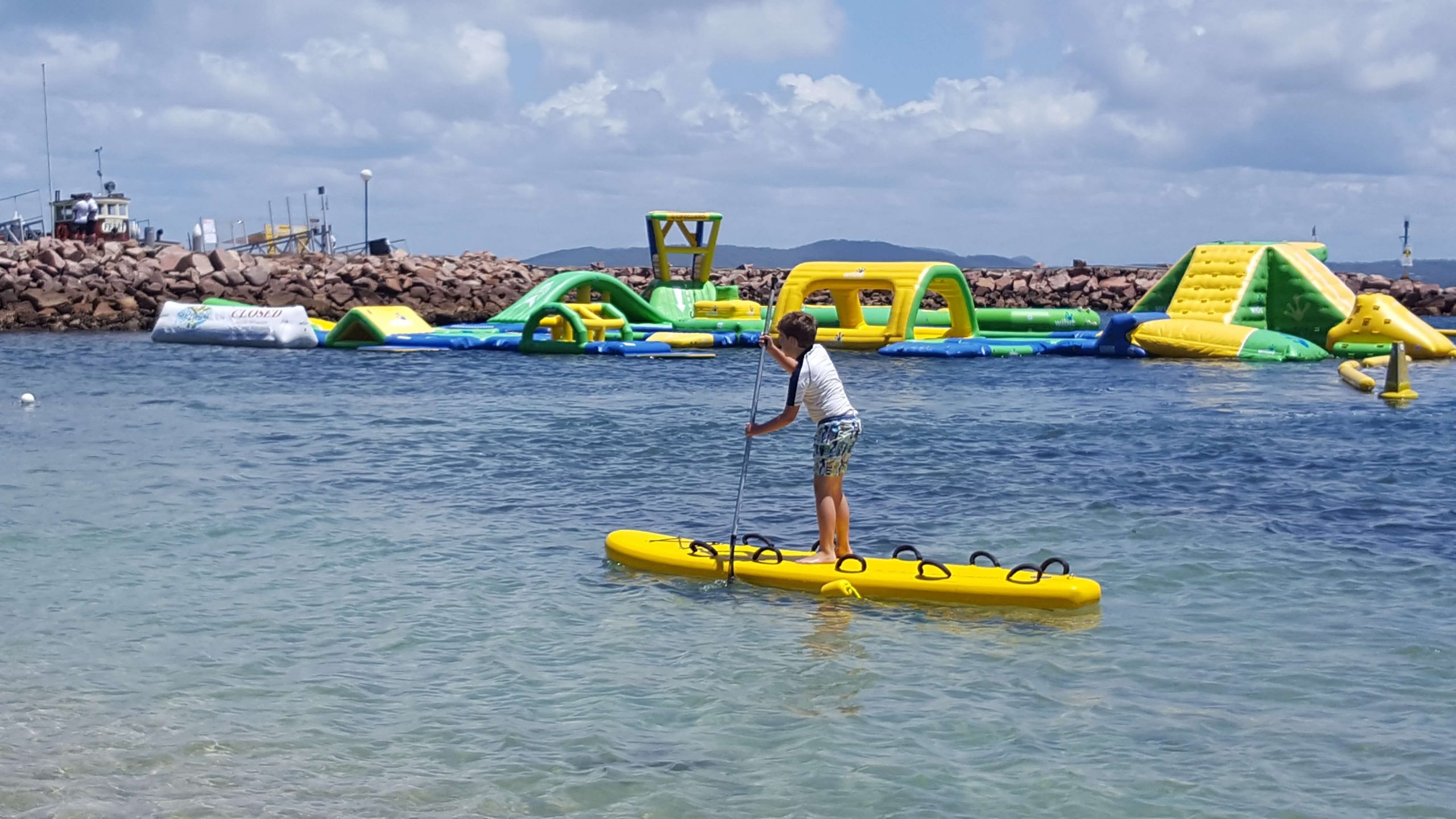 One of the things I’ve always loved about Australia is how friendly everyone is; when you walk (or cycle!) down the street, people you pass will give a smile and a cheery ‘How are ya?’.  Kids smile and wave back when you say ‘Hi!’.  Strangers will come up to you to ask about something you’re wearing/doing that they’re interested in.  This as opposed to what I tend to see more of in the UK as a sad sign of the times, where it seems the default response is one of suspicion or fear: are you about to rob them or be the local weirdo whom, once engaged in conversation with, they won’t be able to get away from?!

Is it all down to the sunshine?

Maybe it’s the almost continual sunny weather they get to enjoy here that puts everyone in a such a happy, sociable mood?  I know it certainly makes a difference in the UK when we get our 2 days of summer each year, as it can put a smile on even the grumpiest of busy commuter faces!  However, I think it’s more than this.  Without wanting to put my fellow country folk down, I think that, even though we’ve (thankfully) come on in leaps and bounds since the Victorian days, we still suffer in some part from those old-fashioned ‘stiff upper lip/polite manners/children should be seen and not heard’ attitudes.  Don’t get me wrong, being polite is far from being a bad value to operate with, but when it gets in the way of interacting with others or striking up conversation with a stranger for fear of embarrassment or being seen as annoying or a weirdo, it can be.  I’ve often joked that I was born in the wrong country, with one of the many reasons being that I am that person who will talk to strangers (sorry Mum and Dad!). I think they realised this though, when at the tender age of just 4, I’d gone into the hallway at home, picked up the phone, (yes it was in the time when we all had landlines at the foot of the stairs that weren’t mobile in any way!) and dialled away – for my Dad to find me some 20 minutes later, deep in conversation with a lady from Aberdeen, who just happened to have the phone number I’d randomly dialled!  Funnily enough, it was that incident (and the subsequent phone bill no doubt!) that spurred their purchase of a phone lock!

A Bounty of Kindness

Plus, I’ve also noticed how it’s not simply happiness that is in bountiful supply with Australians, but kindness too.  During our 6 weeks here so far, we’ve experienced many examples of people almost going out of their way to be kind and generous, which I believe shows an intrinsic trust in others.  These have included:

What can we as Business Owners Learn from this?

So, not only have we been made to feel very welcome in this country, but as a business owner myself and a coach of other business owners and employers, I’ve been really impressed with the way Aussies operate day to day and in business.  As we start a new year, I wonder if we could all benefit from asking ourselves the following:

I promise that not only will you help make others feel better but you’ll also benefit from it too.  And, like the ripples in a lake when a stone is cast, the positive effects will continue to flow outwards, touching more and more people as it goes.  If you want to read more about the neurological and psychological effects of kindness, read my blog here:

As I enter the last ¼ of my time here in Australia, I know that the warmth and kindness of its people will be one of the many memories I take with me that will last for a long time.

If you have any examples of random acts of kindess you’ve experienced, I’d love to hear from you!  Pop a comment below or connect with me on social media: Twitter, Facebook, LinkedIn.